Welcome To My Weed Groups Spend over $499 and enjoy Free Express Shipping, on us! Complete with tracking, this will help get your order to you Fast and Safe. Order now to get the most popular, high quality medical marijuana

We guarantee the arrival of your medical grade cannabis and weed. If your order is lost or stolen we will send a replacement package free of charge.

You won't find lower prices anywhere else guaranteed. If you find identical product online for less, we will match it. You can trust that we have the best prices out there.

We only work with farmers who grow cannabis and weeds without using pesticides. All of our products are rigorouslly tested for qualit control in-house.

Offering some of the most exotic and exclusive cannabis and weeds, we're certain you'll find something you'll enjoy.

MyWeedGroup is the safest and easiest website to buy wee online. As long as you are 19, you can get quality medical marijuana delivered straight your doors

What’s the definition of cannabis?

Cannabis refers to a group of three plants with psychoactive properties, known as Cannabis sativa, Cannabis indica, and Cannabis ruderalis.

When the flowers of these plants are harvested and dried, you’re left with one of the most common drugs in the world. Some call it weed, some call it pot, and others call it marijuana.

As weed becomes legal in more areas, names for it are evolving. Today, more and more people are using the term cannabis to refer to weed.

Some argue that it’s a more accurate name. Others feel it’s more neutral compared with terms like weed or pot, which some people associate with its illegal use. Also, the term “marijuana” is falling out of favor due to its racist history.

Cannabis is usually consumed for its relaxing and calming effects. In some U.S. states, it’s also prescribed to help with a range of medical conditions, including chronic pain, glaucoma, and poor appetite.

What are the components of cannabis?

Cannabis is made up of more than 120 components, which are known as cannabinoids. Experts still aren’t sure what each cannabinoid does, but they have a pretty good understanding of two of them, known as cannabidiol (CBD) and tetrahydrocannabinol (THC). 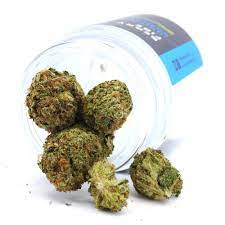